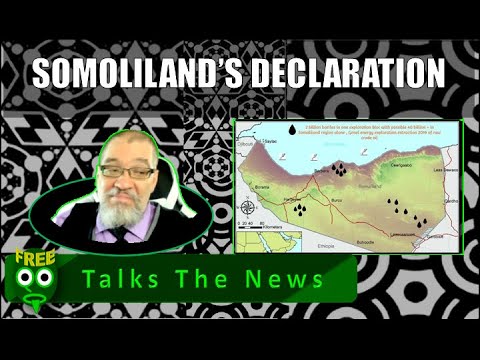 The semi-stateless autonomous region self-described as Somaliland is once again seeking international legitimacy of its sovereignty in an ongoing effort to beat back the constant efforts by the state of Somalia to ‘reabsorb’ Somaliland into its ‘jurisdicti0n.’

Somaliland is pursuing its case through an International Court procedure, with an end-goal of gaining international legal protections from efforts by others to undermine its sovereignty.

Excerpt from www.busiweek.com
Somaliland to take case for Self Determination to International Court

Somaliland is upping its pressure on the international community to grant it recognition in her for self-determination.

President Muse Bihi in his virtual speech to the nation during the 29th anniversary since separating with Somalia said not even the coronavirus could stop Somalilanders in different countries from celebrating the country’s “independence”.

Bihi said Somaliland is ready to take its case to the international court if the dialogue will not achieve the desired result.

Somaliland, a former British Protectorate joined with Somalia on July 1, 1960, five days after gaining independence from the British on June 26.

But on May 19, 1991, Somaliland seceded from the union after the start of civil war and declared its independence from Somalia.

This independence is not recognized by the international community who continue to refer to Somaliland as a region of Somalia.

A constitutional referendum was held in Somaliland on 31 May 2001 that affirmed the country’s independence from Somalia as a separate state has done little to convince the international community to work with it as a state.

And on Monday, President Bihi said Somaliland will now take a different approach in the quest for self-determination if dialogue with its erstwhile partner flops.

“The only agenda that can bring Somaliland and Somalia to a negotiating table is one based on two countries talking mutual interests and good neighbourly relations,” Bihi said.

“Somalia and anybody else who wishes to mediate between the two of us should accept the inalienable, undeniable reality of a sovereign Somaliland talking with a sovereign Somalia on issues that foster brotherly relations, our people and the region,” he added.