We have a problem with toxic discourse, and you’re barely getting to the root.

YT Video Link
Video from TubeFire – Subscribe
Story:
Are the Braves About to Be Scalped Over Collusion?
MLBPA head interprets Braves GM’s FA comments as sign of collusion; investigation coming – Sporting News
Excerpt:
The MLB offseason is just a week old, but there is already an accusation that clubs are working in concert with regard to free agents.
Tony Clark, the executive director of the MLB Players Association, made the claim Wednesday in response to comments by Braves general manager Alex Anthopoulos, who told reporters Monday that he had already spoken with officials of all clubs but the Nationals and Astros, who were occupied with the World Series.

YT Video Link
Video from TubeFire – Subscribe
Story:
Unlimited Data Campaign Costs AT&T Millions
AT&T Ordered To Pay $60 Million For Misleading Customers With “Unlimited Data Without Qualification” Promotion – The Shaderoom
Excerpt:
As reported by @Fox5Atlanta, AT&T has officially been ordered by a federal court to pay a $60 million in a settlement with the Federal Trade Commission (FTC) over allegations that the company misled millions of customers by charging them for “unlimited” data plans while reducing their data speeds. The ongoing legal battle initially began five years ago with a complaint that was filed back in 2014. 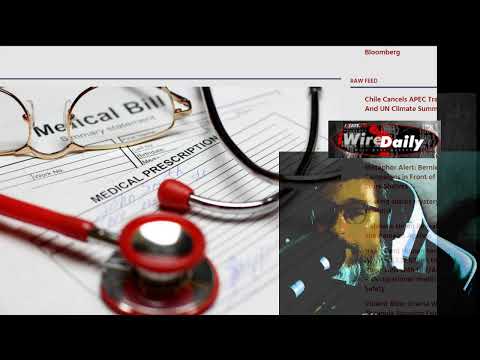 YT Video Link
Video from iState – Subscribe
Reviewing all of the news of the day, the good, the bad, the ugly, and the weird.

YT Video Link
Video from TubeFire – Subscribe
Canadian Election 2019 Night- What’s going on and who is going to win?

The 2019 Canadian federal election (formally the 43rd Canadian general election) is scheduled to take place on October 21, 2019, to elect members of the House of Commons to the 43rd Canadian Parliament. Governor General Julie Payette dissolved the 42nd Parliament on September 11, 2019, on the advice of Prime Minister Justin Trudeau, the traditional action that commences an election.

The 40-day campaign will see the incumbent Liberals attempt to retain the majority they won in the 2015 election.

YT Video Link
Video from TubeFire – Subscribe
Simone Biles
Today, I wanna talk to you about a sports story, one of the greatest sports stories of our time, a story of triumph, of overcoming adversity, of becoming the best in your sport, of changing the very nature of the sport you are dominating. But before I do that, let’s back up, and let’s imagine a world in which this sports story could never, ever happen.

Our loss, our grief, our chaos