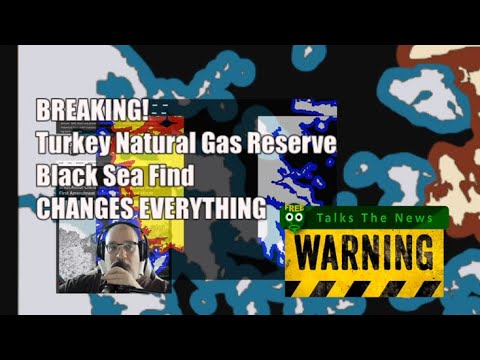 A Turkey Natural Gass Reserve Black Sea find is being claimed to be one of the most significant such find in history, but others are saying is a big meh, not a game-changer. Blustering Erdogan, though, needs a big win, for reasons.
https://abcnews.go.com/International/wireStory/turkey-discovers-large-natural-gas-reserve-off-black-72519356
Turkey discovers large natural gas reserve off Black Sea
ANKARA, Turkey — Turkish President Recep Tayyip Erdogan announced on Friday the discovery of a large natural gas reserve off the Black Sea coast that will help ease the country’s dependence on imports.
Erdogan said the amount of gas discovered is 320 billion cubic meters, a sum industry analysts said was notable but not a “game-changer” that might turn the country into a regional energy hub or materially alter its financial fortunes.
Turkey hopes to start extracting and using the gas by 2023, when Turkey marks the centenary of the founding of the republic, Erdogan said.
“Turkey has realized the greatest natural gas discovery in its history,” he said. “We are determined to solve our energy issue. We will not stop until we become a net exporter of energy.”