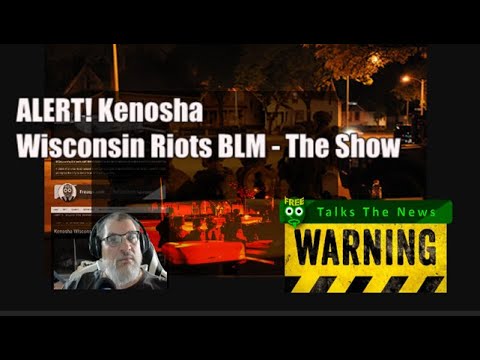 Kenosha Wisconsin Riots triggered by Police Shooting, BLM rushes in to save the day

In this exciting BLM riot episode, we rush to judgment based on a grainy 13 second video of a man getting in his car in direct violation of cops who had guns drawn on him. We whip people up to hate and frenzy and rely on our media allies and our billionaire allies to assure that everyone is angry and ready to burn down stuff as well.

A Black man was hospitalized in serious condition after police shot him several times in the back as he opened the door of a parked vehicle in Kenosha, Wisconsin. Graphic video of the shooting emerged on social media late Sunday, sparking angry protests that prompted the city to declare an emergency curfew.

The man was later identified as Jacob Blake, 29, according to Governor Tony Evers, who said Blake was “shot in the back multiple times, in broad daylight.”

“While we do not have all of the details yet, what we know for certain is that he is not the first Black man or person to have been shot or injured or mercilessly killed at the hands of individuals in law enforcement in our state or our country,” Evers said in a statement.

Wow. This Black man was shot several times in the back by @KenoshaPolice today. He was getting into his car after apparently breaking up a fight between two women. He’s in critical condition now. We demand JUSTICE! #BlackLivesMatter pic.twitter.com/I1reDEp4nw