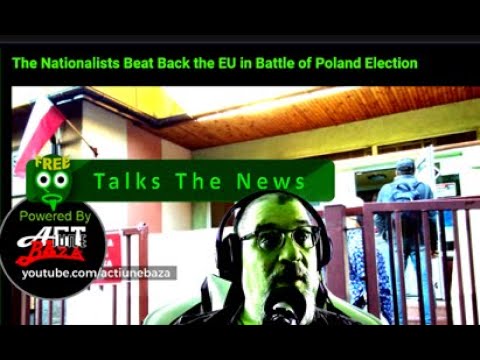 The Nationalists Beat Back the EU in Battle of Poland Election

A narrowly-enough won election so-as-to-produce charges of legal legitimacy and whatnots took place in Poland, an election that stood for fundamentally divided factions across the European, even, more broadly, world, divide, the division between the nationalists and the globalists, as the current year’s terminology classifies such coalitions of peoples.
In this case, the nationalists beat back the globalists, but the win is in doubt. Here’s an excerpt from the story covered by a Canadian media outlet. What follows are headlines that google news chose to feature on this world-focused hot topic.

Polish President Andrzej Duda declared victory Monday in a runoff election in which he narrowly won a second five-year term, acknowledging the campaign he ran was often too harsh as he appealed for unity and forgiveness.

The close race followed a bitter campaign between Duda and Warsaw Mayor Rafal Trzaskowski that was dominated by cultural issues. The government, state media and the influential…

The Medical Case for Physical Gender Could Save Women’s Lives

The Stateless Vulnerability in the Times of Coronavilles, a Rojava Focus