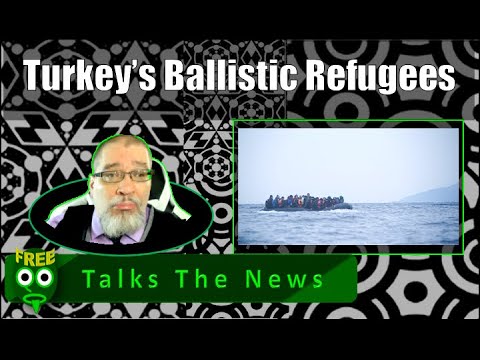 Excerpt from greekcitytimes.com
Turkey announces it will start another migrant crisis with Greece after coronavirus

Ankara is again openly threatening to try and attempt to asymmetrically invade Greece with illegal immigrants, almost two months after their initial failure.

In an interview with DIM TV in Turkey, Turkish Foreign Minister Mevlüt Çavuşoğlu referred to the migrant issue and argued that after the end of the pandemic, there will be another wave of illegal immigration to Greece.

“There were refugees in the camps who went to the border with Greece. Due to the pandemic, this stopped. I am not saying this as a threat, but after the pandemic, the refugees will definitely want to leave and go there,” he said.

Çavuşoğlu said the refugee issue was a common issue with the EU, adding that the customs union agreement should be updated, the visa requirement for Turkish citizens released, and called for more co-operation in the fight against terrorism.

“We have sent the following message that on the occasion of the pandemic, if you say that we do not need Turkey, then you should know that the pandemic will end, but the refugee issue will continue for many years. Then please don’t knock on our door. Our goal is good cooperation and of course a cooperation that everyone will keep their promises.”

The representative of the Turkish Foreign Ministry also took the baton.

“Turkey will not allow Greece to unilaterally redraw the borders with accomplished events, but bilateral technical talks,” a Turkish official said on Saturday.

The Irrationality of the Magnitude of Loss Gets Scientific